R and I finally saw Umi on 8 August at 1:36 in the morning. She weighed 2.945 kilograms, had a height of 48 centimeters, and an APGAR score of 9.9. We were very pleased to see our little girl – that we actually contributed to the creation of such a lovely doll, it was unbelievable! And amazing.


But what I’d like to share are the hours towards Umi’s birth. I would always recall those four arduous hours of labor as a testament to a prayer-filled teamwork between R and me. If we made it through Umi’s delivery naturally, that is without anaesthesia or through normal spontaneous delivery, it would definitely be because of God’s grace.

8:00 am - 12:00 noon, 7 August. It was a rainy Tuesday. There was a low pressure area throughout Luzon and several areas of Metro Manila were already flooded. I was scheduled for check-up that day after my ob-gyne, Dr. Marietta Sapaula, prescribed primrose capsules on Saturday to thin out my cervix. However, the doctor informed me through a text message that she would not be reporting to her clinic because of the rains and if I was already experiencing continuous and regular contractions (the type that is 1 minute long on 4-minute intervals), I should report immediately to the hospital’s emergency room. By lunch time, all I felt were mild menstrual cramps. However, I wanted to know the status of my eventual delivery so R and I decided to go to the hospital, all set with the possibility of a delivery by having our labor bags, birth plan, and cameras in tow.

The question was which hospital to go. Our place was very near Medical City. However, our doctor was based at St. Luke’s Medical Center along E. Rodriguez Ave. in Quezon City. Officemates and friends earlier informed me that some parts of the road towards St. Luke’s had already been flooded. So R and I agreed to try Medical City first. In the cab to Medical City, I asked the driver if he could drive us to St. Luke’s to which he said yes because the flooded part was only after the hospital. We did make it to St. Luke’s hospital after 20 minutes without any traffic jam.

2:30 pm, 7 August. It was 2:30 in the afternoon when I had an internal examination by the hospital’s resident. My cervix was already 1 cm dilated. Hooray to the start of (early) labor! But the pain was still very manageable and the irregular contractions were still akin to very mild menstrual cramps that no pain reliever was needed. (I used to experience severe menstrual cramps that I would always have a pain reliever in my bag.) Since it was still a long way towards the active phase of labor (which starts at around 5 cm), the doctor advised me to walk around first and come back at 7 pm.

R and I didn’t plan to go back to our place as it was already raining heavily. Instead, we decided to let the hours pass at the hospital’s cafeteria while I walked around the hospital to hasten the dilation of my cervix, and thus, the progress of my labor.

7:00 pm, 7 August. At 7 in the evening, an internal examination indicated that my cervix was already 5 cm dilated although I did not feel changes in the intensity of the cramps (that were actually contractions already). Some nurses congratulated me as I would already be admitted and expect to deliver, with much hope, real soon.

That was when I started to get nervous. My heart started to beat faster. R and I decided to pray together. We knew then that we were headed towards those challenging hours. We learned about the process of childbirth after attending Chiqui Brosas' chilbirth classes and reading books and articles online. And we knew that those difficult hours of active labor (and that most intense transition phase) could just be a few hours away, if we were lucky (because it could take much longer in many cases). But they remain grueling, painful, scary hours to our minds.

So we prayed. And I prayed that my delivery be smooth and quick. And that I will be able to overcome the pain of childbirth. I also knew then that some people were praying for us and the thought gave me the courage to face what was ahead of R and me at that time.

8:00 pm, 7 August. Already admitted to the hospital, R and I initially stayed at the high-risk pregnancy unit (HRPU) while I was on labor. The menstrual-cramp-like pain (which I think occurred in 10-minute intervals) was still very manageable that I could still walk around the area. That was exactly what I did while R processed my hospital admission papers.

10:00 pm, 7 August. By this time, I could already feel the pain intensify. And the intervals of the contraction became shorter (like around 5 minutes - I earlier downloaded this mobile phone app to time my contractions but I wasn't able to use it at this point anymore). There were more frequent urges to pee. I kept on walking around until the pain became more frequent and could no longer be relieved by walking. I decided to lean my forehead against the wall while R would massage my lower back to ease the pain of contraction. Again, it was still quite manageable that I could still talk to R and analyze our labor status in between contractions--we thought we were already in the transition phase until I would realized later that there was even a more painful stage. It relieved me that the contractions occurred in intervals. I could anticipate when the pain would start to build up and dissipate. An internal examination indicated that I was 6 cm dilated.

11:00 pm, 7 August - almost 1:00 am, 8 August. Eventually, the intervals became shorter that I got tired of standing and leaning my hand against the wall. The contractions could be a minute long, occurring every 2 minutes. I laid down on the bed on one side while my legs were curled up slightly close to my chest. R continued to massage my lower back. The pain was no longer manageable. Sweat was building up on my forehead. I thought of epidural then, but it would already be quite late to have – it would only take effect 5 minutes later. So I tried to manage the pain the best way I could. I started to have the urge to scream. And scream I did, as I writhed in pain! Shortly after, I realized that the shouting didn’t help and I recalled the type of breathing exercises reserved for this stage of labor (I realized then that I was already in the transition phase--the most intense part--of labor). The breathing sounded like ha-ha-hu. And my ha-ha-hus became louder and stronger with each contraction. But the breathing should come from the diaphragm (deep breaths). However, frequent breathing from the diaphragm was tiring and I would often fail by shallowly breathing from my chest. I knew it was wrong as I would feel my chest hurt. With such feeling, it was relieving to have R massage my upper back repeatedly in a single, downward direction.

Words of encouragement from R, the nurses and resident doctors and eventually, from our ob-gyne, Dr. Sapaula, became music to my ears. The occasional ice chips also prevented my mouth from drying up and somehow quenched my thirst. There was already an urge to push which felt like I was about to poop. But I had to resist the urge to push (before 10 cm) as it would only make my cervix swell. By this time too, I have well-appreciated the presence of my labor coach in R - from his reminders to breathe deeply whenever I falter to the lower-back rubs when I would reach the peak of every contraction.

1:00 am, 8 August. My water bag broke at 10 cm. Shortly after, the series of madly painful contractions stopped. It felt like there was a long silence within me. I also took this time to really rest. And then... another kind of pain started to build up. I was entering the actual pushing stage (of labor) where there was a very strong urge to push that I just had to ride with it. Again, the urge to push came in intervals so there was time to rest. But I did not know how to push - I initially thought it was like pushing your pee when you urinate - until I realized it was actually like pushing your poop out when you are constipated. By this time, I was transferred to the delivery room.

1:00 am - 1:36 am, 8 August. It was very encouraging to hear from Dr. Sapaula that she could already see our baby’s hair from my opening. I knew then that Umi was coming out real soon. When she informed me that she was about to do an episiotomy, I did not feel any pain at all - just as described to us by Chiqui, our childbirth teacher. Umi finally came out on my fifth push. She was immediately placed on my chest. Umi stared at me. She then latched on my left breast. R, on the other hand, cut Umi’s umbilical cord. Umi and I took the time to know each other while I was being stitched. We then celebrated by taking pictures of our newest family member with the birthing team.

2:30 am, 8 August. When R, Umi and I were back at the labor room (HRPU), R and I celebrated with orange juice and a pandesal sandwich – the only food R could get from the nearest convenient store at around 2:30 in the morning – while recalling in disbelief what we just went through. And that, yes, finally, we can already actually see and hold Umi who was at that time, peacefully asleep. 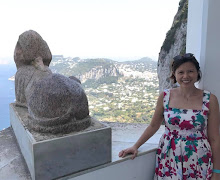 Born and raised in the Philippines, now residing in Singapore. Blessed and grateful for the numerous second chances.